It’s better to be called a cunt than be ignored.¹ 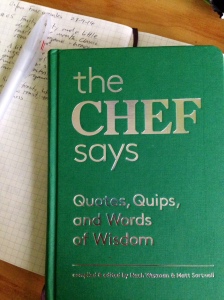 You step on a lot of toes in a restaurant kitchen on your way to a Michelin star.

You throw a lot of pans at a lot of young, stupid heads.

You kick a lot of ignorant customers out of your restaurant, serve hand-cut chips that aren’t on the menu, and charge £25 for the privilege.

Watching an organized, disciplined, busy kitchen is a graceful thing, while the horror of watching a kitchen go down in full flight is more like a B-grade Hollywood bloodfest.²

All this cheffy badassery is in the service of a higher good – feeding people on time, and doing it nicely. “Chef” means “boss”, not “cook”, and in the past the serious kitchen was run on authoritarian lines. It’s like a ship at sea, like a mail plane lost in the moonless desert night, where the captain is absolute master.

It’s dirty work, exhausting and underpaid, work performed by a glamorous underclass who aren’t too bothered by a little yelling or a toque in tantrum.

At least, that’s the myth.

Why am I going to give you a menu? I made the food. Why are you picking?³

It requires a certain arrogance, no doubt, a conviction that you are right and no one else has a clue – least of all the diner.

I was going for perfection. And perfection, it turns out, is simply a lot of little things done very well.4

But the food should come first, and the money will follow.

The Chef Says: Quotes, Quips and Words of Wisdom. Compiled by Nach Waxman and Matt Sartwell. From Princeton Architectural Press via Books At Manic 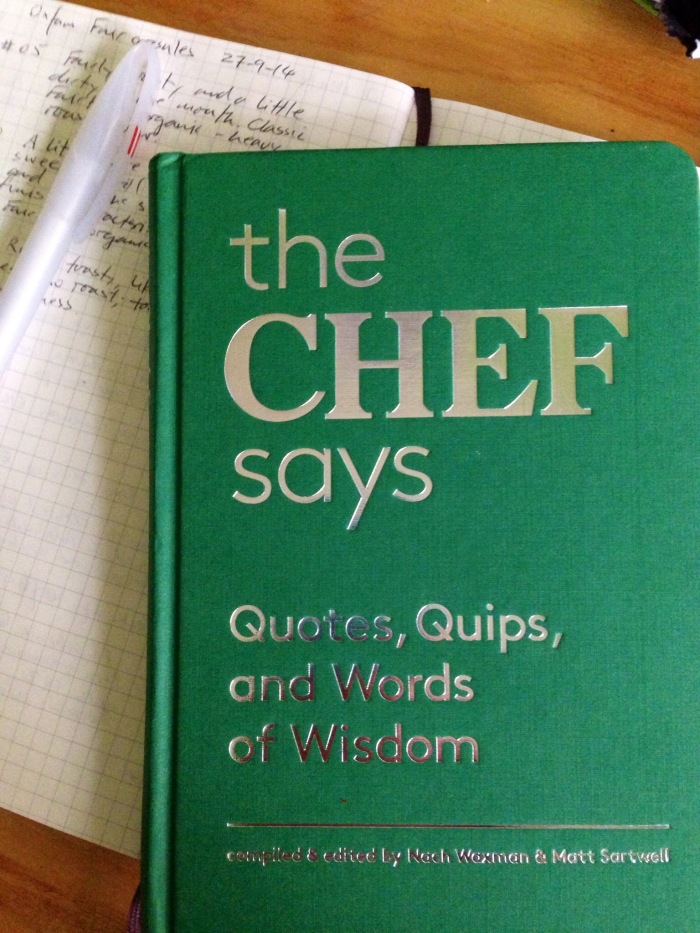